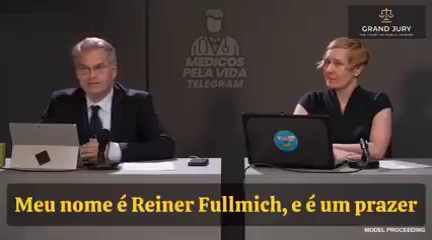 Good afternoon. My name is and it is my pleasure to serve as one member of a group of distinguished international attorneys

and lawyers who have been collaborating on this very important case for many months. Now, this case involving the most heinous crimes against humanity committed under the guise of a Corona pandemic on a global scale, looks complicated only at first glance, but when you put together all of those pieces, all those little pieces of the puzzle, as we will do this for you, with the help of many renowned experts and other witnesses during this proceeding, you will see four sets of facts. One, there is no Corona pandemic, but only a PCR-test-plandemic fueled by an elaborate psychological operation designed to create a constant state of panic among the world’s population. This agenda has been long planned. It’s ultimately unsuccessful precursor was the swine flu some 12 years ago. 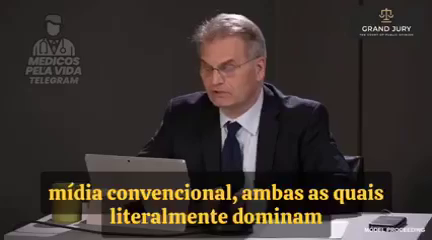 And it was cooked up by a group of super rich, psychopathic and sociopathic people who hate and fear people at the same time, have no empathy and are driven by the desire to gain full control over all of us, the people of the world, they are using our governments and the mainstream media, both of which they literally own to convey their panic propaganda. 24 7 to the virus itself can be treated safely and effectively with vitamin C D zinc, et cetera.

And also with off-label use of ivermectin, hydroxy, chloroquine, et cetera, but all these not alternative methods of treatment, but real methods of treatment were banned by those who are using the guise of this pandemic to push their ultimate goal, which is to get everyone to receive the, as we will show in this proceeding, not only any effective, but highly dangerous, yes, lethal experimental injections, three, the same people who made the swine flu, which ultimately turned out to be a mild flu into a pandemic 12 years ago, by first changing the definition of what a pandemic is, and then creating panic created this Corona pandemic. 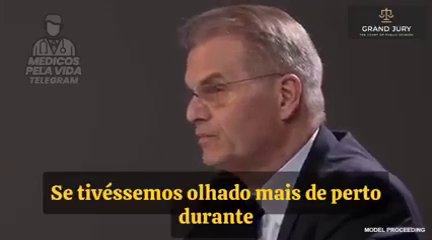 The swine flu was their first real attempt at creating a pandemic. And just as one of its purposes, then was to divert our attention from the blatantly fraudulent activities of their financial industry. More aptly to be called a financial mafia, which had become visible through the Lehman crisis. This is also one of their major purposes of this Corona pandemic. 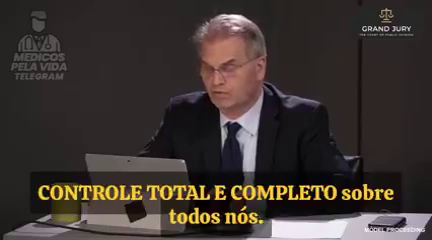 As early as 19 92, 2 of the first graduates being Angela Merkel and Bill Gates. And we would have understood already then what we will show you now through this proceeding, these financial crimes went on challenged by our politicians because they’re aiding and abetting those who commit them and profiting from these crimes for ultimately, however, we will show it to you. The jury that the other side’s main purpose is to gain full and complete control over all of us. This involves the finalization of their losing and plundering by deliberately destroying our small and medium sized businesses, retail businesses, hotel, and restaurants. So that platforms such as Amazon can take over. 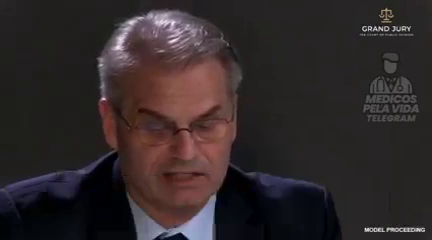 And this involves population control, which in their view requires both a massive reduction of the population and manipulating the DNA of the remaining population with the help, for example, of MRN experimental injections. But it also requires in their view, the deliberate destruction of democracy, of the rule of law and of our constitutions through chaos, so that ultimately

we will agree to losing our national and cultural identities. And instead we’ll accept a one-world government under the 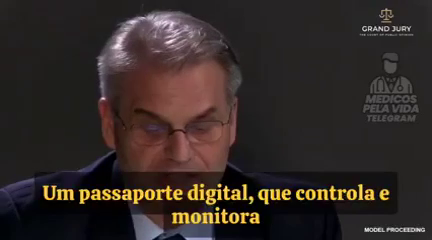 UN, which is now under the full control of them and their world economic forum, a digital passport through which each and every move is monitored and controlled and one digital currency, which we will only be able to receive from one world bank there’s of course. 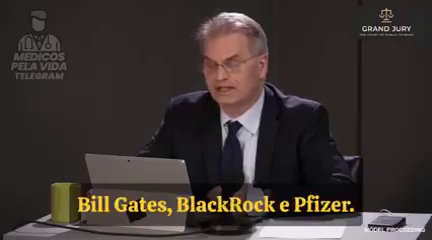 At the conclusion of the case. And after you have heard all the evidence, we are confident that you will recommend indictments against all six putative, figurehead, defendants, Christian, Drosten of Germany. Anthony Fauci, the United States Tedros of the world health organization, Bill Gates, BlackRock and Pfizer. Ladies and gentlemen. This case is about a long plant agenda of a group of ultra rich people and their financial mafia based in the city of London and on wall street to use a pseudo pandemic as the 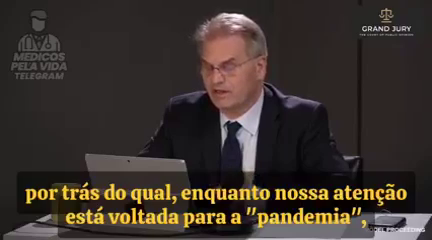 behind which while our attention is on the pandemic, they want to complete their decades, long efforts to gain full and 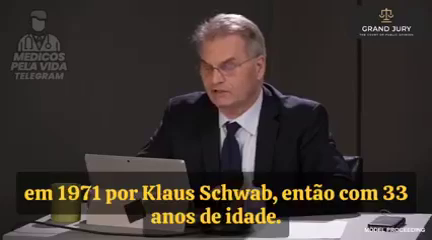 complete control over all of us. There are numerous platforms which this group has been meeting and discussing this agenda, but the most important one is that of the world economic forum, which was invented in 1971 by a then 33 year old Klaus Schwab, its members are a thousand global corporations with at least 5 billion us dollars in annual sales, politicians, media representatives, scientists, 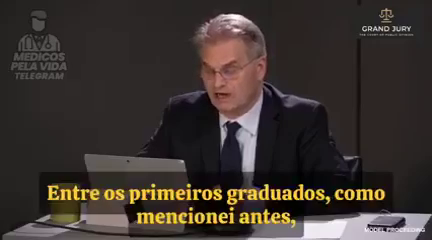 and other so-called high profile personality. They meet once a year in Davos, but there are other such meetings, for example, in China. And since 1992, they have created and presented to us their own group of political leaders for the world among the first graduates. As I mentioned before, are Anglo Merkel and bill gates in 1992. Others are Sebastian Cortes up until recently, chancellor of Austria, Justin Trudeau, prime minister of Canada. Yes. In the ardor and prime minister of New Zealand, François Mitterrand president of France and many, many more.